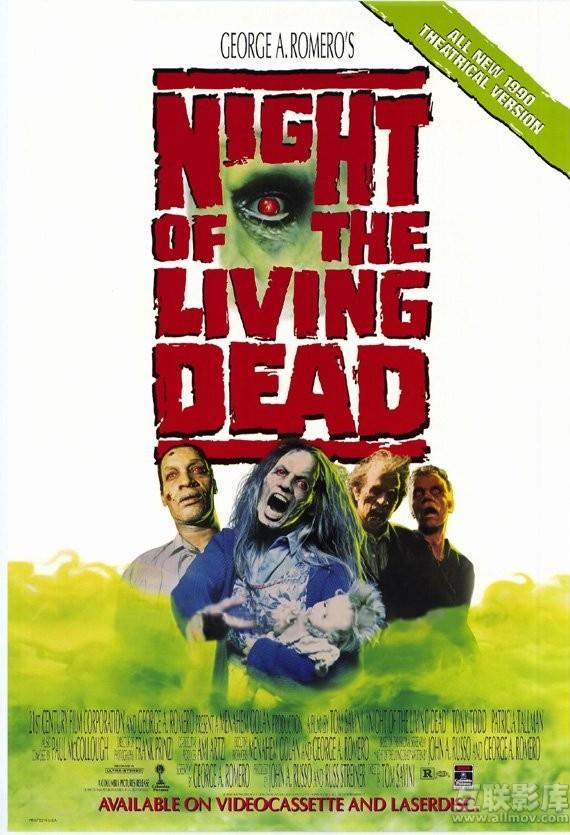 I must confess, after watching the original, I waited until after the stroke of midnight to watch the 1990 remake, Directed by FX legend Tom Savini. Part of the reason was that I was truly feeling bored after viewing the original, and also because I feel the remake is the superior film. Now before all you Zom-aniacs get your corpse paint in a bunch and shamble over here to moan your displeasure, chill the fuck out and read to the end of this entry.

The story is largely the same as the original. Barbara and her brother Johnny make a long drive from…somewhere…to lay flowers on the grave of a deceased parent(this time their Mother), Johnny is killed in the graveyard by reanimated corpse, and Barbara is chased into the woods, finding refuge in a house. The weak-willed and prone to hysterics Barbara finds more reanimated dead are coming for her, but just as she’s about to give up, reinforcements arrive as Ben, a tough black man arrives seeking gas for his truck, or shelter. Later the two discover more people hiding in the cellar, and tensions rise as the group battles to overcome their own fears while realizing that as they fight to keep the monsters out, the real monsters might be themselves. 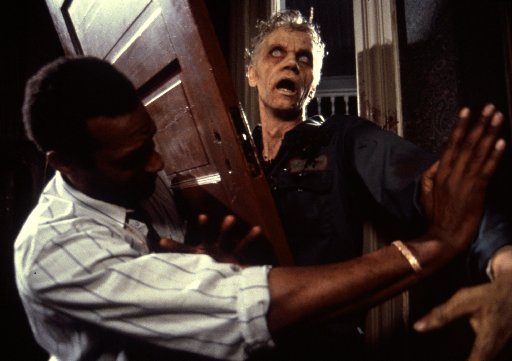 Savini knew that the story wasn’t broke and didn’t need fixing, yet still added depth to all characters, particularly Cooper, Ben and Barbara. Cooper is portrayed with largely the same qualities, but he seems to be meaner, nastier, and a bit of a drunk in this version. Ben is portrayed by Tony Todd, who not only brings his amazing voice to the role but adds a soul to Ben not seen before. Todd’s Ben would never hit Barbara if she got hysterical, but instead helps her come back to reality and fight for her survival. Even his confrontations with Cooper seem to have just a little bit extra venom dripping from them. The biggest change is in Barbara.

In the original, Barbara served no purpose other than being the pretty woman in peril who screamed a lot. She contributed nothing but hysterics and pretty much got in the way all the time. Patricia Tallman starts the film off as a useless ball of hysterics just like the original. After facing the legions of the Undead with the help of Ben, she begins to find her strength and a determination to live through the chaos. This strength goes one step further as her transformation from Milquetoast to badass is complete in the 3rd act. She ditches her feminine attire for functional garb, arms herself and gains a killer instinct. Its for these reasons I feel this is the better version. The characters are far more engaging, the cinematography is better, the action seems to flow better, and since the Director is a FX legend, you know the Zombies are going to look sick! 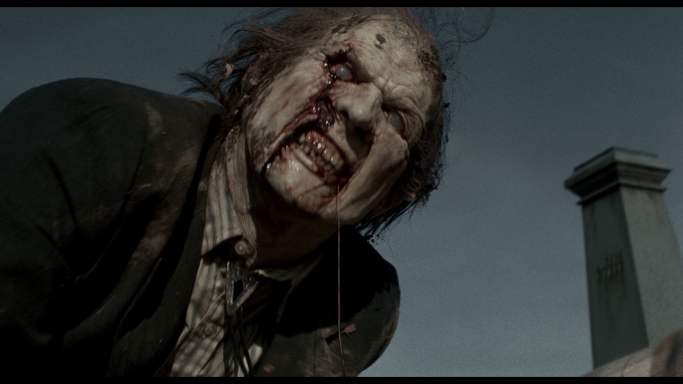