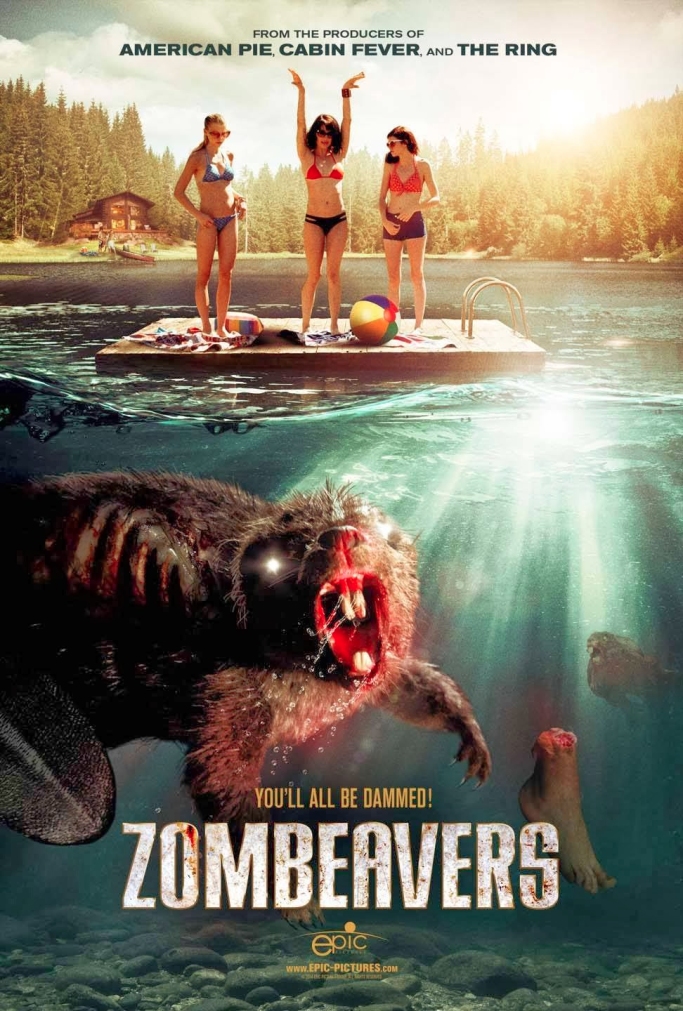 How the fuck do I review a movie where the title tells you literally EVERYTHING about the film? 50,000 Beaver jokes later, I am thoroughly entertained…but no closer to the answer. I first saw the Poster, and thought I was being ribbed. No fucking way a film about Zombie Beavers was a real thing. Zombeavers is very much a thing, and you all need to watch it.

After ripping off the opening of both Return of the Living Dead part 2 and Radioactive Redneck Zombies, we transition to the truly unique plot of College Kids venturing out to a Cabin in the Woods for a weekend of debauchery. Throw in the obligatory tit-shots, bad jokes, sex, a love triangle, and cheesy creature FX, and you have a film that should be a total flop on paper, yet somehow manages to entertain in a major way. 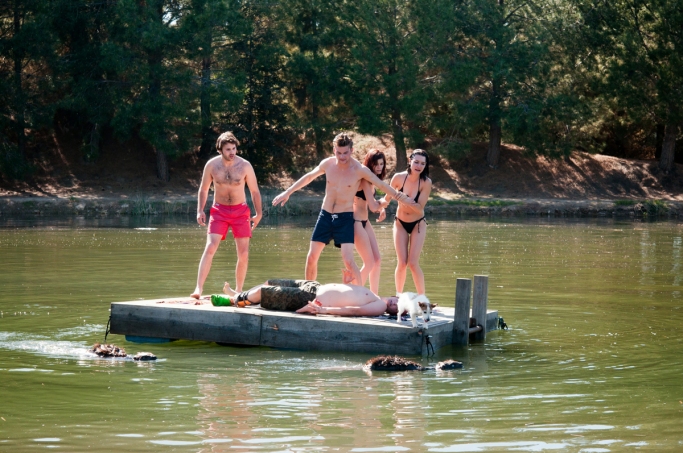 Let’s be perfectly clear about this: Zombeavers is a stupid fucking movie in every way you can measure. It is redeemed by never taking itself seriously. It doesn’t take a genius to notice that the horror genre has been littered with silliness and stupidity over the years, be it accidental, tongue in cheek, or balls-out blatant. The film is well made, well cast, and overall looks and sounds top notch…except for the Zombeavers. You can’t count that as a negative though…the ZBs ARE stupid, so they should LOOK stupid. The filmmakers clearly weren’t concerned about elevating the art form, or adding a bold new chapter the the lexicon of fright films, they were concerned with having a good time, and making a fun movie that is sure to entertain.

Oh, and in case you were wondering what happens when you get bit by a Zombeaver… 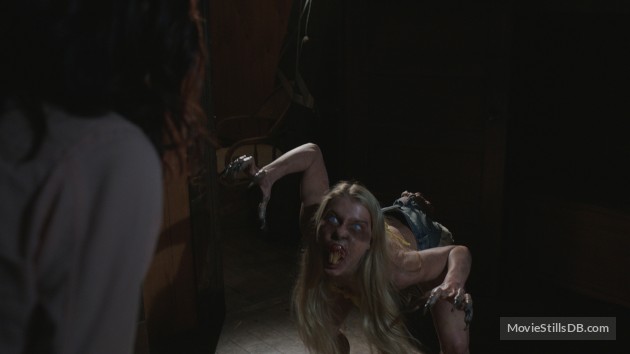 YOU TURN INTO A WERZOMBEAVER-HUman-hybridy…thing…with the, uhhh…FUCK YOU! Let’s see you come up with a better name!